In my previous attempt I installed Fedora18 in a virtualbox vm.

This time, I switched from Fedora18 to Fedora19 because it is not necessary to build webkitgtk nor node.js to build sugar environment.

The F19 box is a standard one. I added "Development Tools" and python-devel to default packages.

I couldn't run Gnome desktop. I got a crash notification screen every time gdm tried to start.

I simply ignore this error and worked throw a ssh connection. Last time I ran in init 3 and launched Xorg manually but I had some weird issues with dbus and NetworkManager.

The next steps are documented in Sugar Labs development documentation.

And finally, I launched the build process.

After that, it pulled and built only 30 git repositories.

Instead of several hours, I only need 30 minutes to complete the build process. 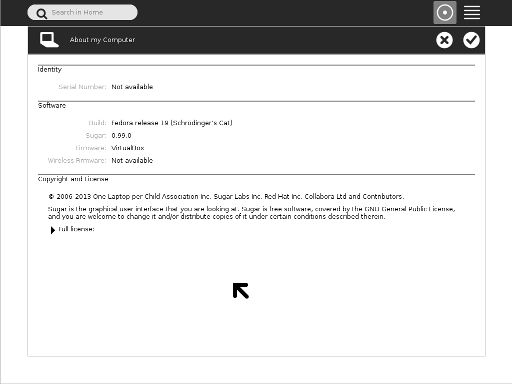